We summarize the most featured items characterizing the semi-discrete nonlinear Schr¨odinger system with background-controlled inter-site resonant coupling. The system is shown to be integrable in the Lax sense that make it possible to obtain its soliton solutions in the framework of properly parameterized dressing procedure based on the Darboux transformation. On the other hand the system integrability inspires an infinite hierarchy of local conservation laws some of which were found explicitly in the framework of generalized recursive approach. The system consists of two basic dynamic subsystems and one concomitant subsystem and it permits the Hamiltonian formulation accompanied by the highly nonstandard Poisson structure. The nonzero background level of concomitant fields mediates the appearance of an additional type of inter-site resonant coupling and as a consequence it establishes the triangularlattice-ribbon spatial arrangement of location sites for the basic field excitations. Adjusting the background parameter we are able to switch over the system dynamics between two essentially different regimes separated by the critical point. The system criticality against the background parameter is manifested both indirectly by the auxiliary linear spectral problem and directly by the nonlinear dynamical equations themselves. The physical implications of system criticality become evident after the rather sophisticated canonization procedure of basic field variables. There are two variants of system standardization equal in their rights. Each variant is realizable in the form of two nonequivalent canonical subsystems. The broken symmetry between canonical subsystems gives rise to the crossover effect in the nature of excited states. Thus in the under-critical region the system support the bright excitations in both subsystems, while in the over-critical region one of subsystems converts into the subsystem of dark excitations. 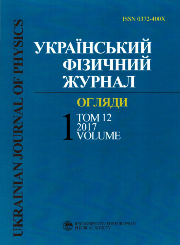