The hybrid nanosystem composed of a spherical metal nanoparticle (NP) and a spherical semiconductor quantum dot (QD) of a direct-band semiconductor with a cubic lattice structure and a fourfold degenerate valence band Γ8 has been studied. The excitonic emission of the system is considered as a sum of contributions from point dipoles located at the QD lattice sites. The description of the QD + NP nanosystem, nonspherical as a whole, is based on using three spherical coordinate systems and finding the relations between the coefficients of multipole expansions of electromagnetic (EM) fields in those systems. The origins of two of them are fixed at the centers of NP and QD, and their polar axes are directed along the line connecting the centers. The orientation of the third coordinate system with the origin in the QD is determined by the orientation of the QD crystal lattice. It is shown that, unlike the electric scalar potential, which is induced by the exciton state in the QD and looks like a point-dipole potential, the EM field of the QD excitonic emission cannot be represented as that of a point dipole emission, because it contains only dipole, quadrupole, and octupole components. The multiple scattering, between the NP and the QD, of the EM field emitted by the QD is taken into account. The dependences of the excitonic emission efficiency on the separation distance between the QD and the NP surfaces are calculated in a particular case of the CdTe QD and a silver or gold NP for various QD and NP sizes and temperatures. 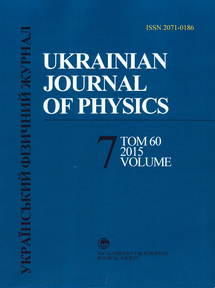