A mathematical model of the metabolic process of formation of the hemostasis in a blood-carrying vessel is constructed. As distinct from the earlier developed model of the multienzyme prostacyclin-thromboxane system of blood, this model includes, for the first time, the influence of the level of “bad cholesterol”, i.e., low-density lipoproteins (LDLs), on the hemostasis. The conditions, under which the self-organization of the system appears, and the modes of autooscillations and chaos in the metabolic process, which affects the formation of hemostasis and the development of thrombophilia, are found. With the aid of a phase-parametric diagram, the scenario of their appearance is studied. The bifurcations of doubling of a period and the transition to chaotic oscillations as a result of the intermittence are found. The obtained strange attractors are formed due to a mixing funnel. The full spectra of Lyapunov’s exponents, KS-entropies, “predictability horizons”, and Lyapunov’s dimensions of strange attractors are calculated. The reasons for a change in the cyclicity of the given metabolic process, its stability, and the physiological manifestation in the blood-carrying system are discussed. The role of physiologically active substances in a decrease in the level of cholesterol in blood vessels is estimated. 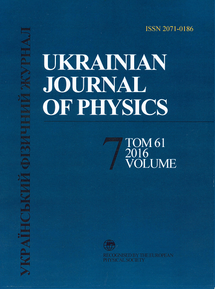