Simulation of the Interaction Potential between Water Molecules

The structure and the explicit form of the interaction potential between molecules in water vapor have been studied. The main contribution to this potential is supposed to be made by repulsive, dispersion, and electrostatic forces. The irreducible contribution caused by the overlapping of the electron shells of water molecules, which is usually associated with hydrogen bonds, is supposed to be small and neglected. Interaction potentials, in which the molecular repulsion is described by either a “soft” power-law potential or a hard-core one, have been constructed. In both cases, a multipole series expansion up to the dipole-octupole term is used for the electrostatic interaction between molecules. The dispersion interaction is approximated by the standard London formula. The multipole moments are taken to be equal to their experimental values or close to their values obtained from quantum chemical calculations. The model parameters for the repulsive and dispersion potentials are selected to correctly reproduce the parameters of an isolated dimer and the temperature dependence of the second virial coefficient. The obtained potentials are used to construct the average potentials of interaction between the molecules, which govern the thermodynamic, kinetic, and electrophysical properties of water vapor. A characteristic feature of the repulsive potential is the value of power exponent: n = 28. The proposed potentials differ substantially from the well-known ones, such as SPC, SPC/E, TIPS, and other potentials. 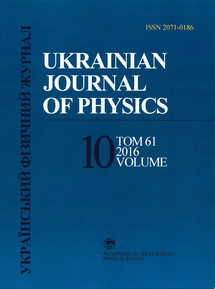